For Physique Goals, Set a Target Look, Not a Target Bodyweight 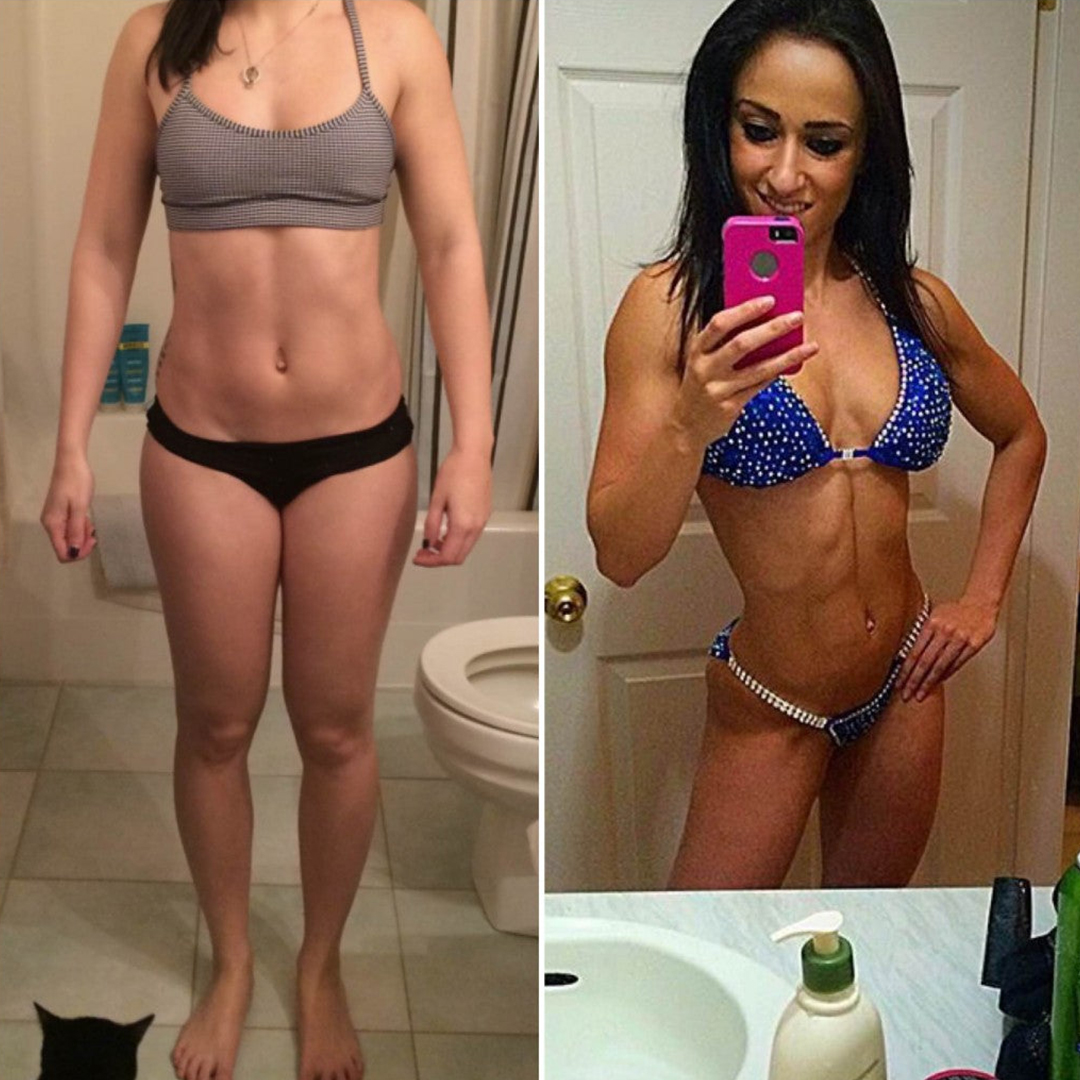 The norm when it comes to physique goals is to set a target bodyweight.

You want to shed 15lbs.
You hope to get back to what you weighed in high school, which was 35lbs ago.
You strive to come in under 200lbs by summertime.

The norm is wrong.

If your primary interest in fitness is aesthetic, you should be setting a target look instead. Because what’s the whole point of aesthetic goals? It’s, uh, aesthetic. You know, pleasing to the eye, not to the scale.

And let’s be honest here – we’re all a little vain to some degree. I see nothing wrong with that. We want to look good and feel good about ourselves, and we have every right to!

Here’s why you should set a target look for physique goals rather than a target bodyweight:

When you throw resistance training into the equation, everything changes.

Resistance training builds muscle. Muscle consists of mass. The extra mass will tinker with the reading on the scale.

If you’ve been resistance training on a regular basis for many years, you’ll likely have several extra pounds of muscle mass on your frame. Returning to a previous bodyweight will actually mean that you’ll be leaner than you were back then. For example, let’s say that in 2008, you weighed 120lbs with 90lbs of lean body mass. That leaves 30lbs remaining, putting you at 25% (30lbs/120lbs) body fat. It’s now 2016, and over the years, you’ve kept your protein intake high, lifted like crazy, and gotten a hell of a lot stronger in the gym. You weigh the same 120lbs as you did before, but now you have 105lbs of lean body mass and you’re at 12.5% body fat. This means that, while bodyweight itself has not changed, you’ve effectively cut your body fat percentage in half! No doubt you look markedly different today.

Let’s take a real-life case to illustrate my point. Below is a before and current side-by-side of my online client Shelly T. Over a 7-month timespan (and counting!), she’s diligently lifted weights 4 days a week while eating in a caloric deficit.

Looking at the pictures alone, you’d think that she lost upwards of 20lbs off the scale. But nay, there is zero net change in scale weight. Yet her waist and hips are noticeably slimmer, and she’s been getting nonstop comments from friends and family about how she looks much lighter now. If only they knew!

Surprised? You shouldn’t be. Because while she obviously lost a good deal of body fat, she also packed on several pounds of muscle at the same time thanks to her tireless efforts in the gym.

This phenomenon in which fat loss is lost and muscle is gained at the same time is known as body recomposition. This happens in individuals who are beginner trainees (or folks who are new to a progressive overload-based training program), have body fat percentages that put them in the obese category, or those on steroids. More seasoned lifters can also experience body recomposition, albeit the rate of progress is much slower.

The idea here is that just because there is no movement on the scale does not mean that there is zero progress occurring. Many women and men report looking leaner and more muscular while scale weight doesn’t change or even goes up. Take IFBB pro Karey Northington, who actually gained 14lbs between the left and right picture after incorporating strength training into her regimen:

If Karey had set a bodyweight goal to, say, drop 5lbs, she would have been horrified to see the scale weight go up and completely overlooked the fact that she was, in fact, making some pretty drastic physique improvements.

Which leads me to my next point:

You need full context in order to properly interpret what the scale weight means, if anything at all.

Many folks mistakenly believe that scale weight is a reflection of how much body fat you are carrying and nothing more. Their thinking is that if scale weight goes up, you’ve gained body fat, and it couldn’t possibly be anything else; if scale weight goes down, then that means that you’ve gotten leaner. This is not true.

If you lose 8lbs after a miserable night of puking and explosive diarrhea, does that mean that you’re actually leaner the next day? Of course not, because it was water weight, not actual body fat, that was lost. You’re rather dehydrated, hence coming in lighter on the scale.

Relying solely on scale weight is a losing strategy. There are numerous variables that affect the reading on the scale – fat mass, muscle mass, water (from changes in sodium intake, hormones, and hydration), and the food in your digestive tract all matter.

Weight loss is not the same thing as fat loss, and bodyweight alone is not the be-all-end-all. Don’t forget that.

You don’t know what you’re going to look like at a given bodyweight.

It might seem to make sense to reason that if you looked a certain way at a specific bodyweight in 2008, you will undoubtedly look the same way if you get back to that same bodyweight now.

But damn, son, the body ain’t static! There’s no telling what you’re going to look like at a given bodyweight until you get there. And oftentimes, once you do get there, you realize that you don’t look quite like how you thought you would.

Sometimes you end up several pounds heavier than you thought you’d be, but you’re thrilled with how you look. Why? Because you’re carrying more muscle.

Take Shelley Cook, whom I provided nutrition programming for last year as she prepared for her figure show. At 5’2″ 118lbs, I had tentatively guessed that she may be anywhere between 106-108lbs on show day. However, she actually ended up a couple of pounds heavier and clocked in at 110lbs. This was more than fine, though, because we successfully achieved the winning figure competition look we were going for and she won her figure masters class. You can read more about her prep in the guest post she wrote for Bret Contreras (who did her training programming).

This happened recently with my current online training and nutrition client, Krysten Novak. We started her prep for her first ever bikini show at 5’4″ 119lbs, and I predicted that she’d come in at 108lbs. Three months later, she reached 108lbs, but upon looking at her progress pictures, I realized we had to keep the fat loss train going. She ended up competing on May 7 at the Kelowna Classic weighing 105lbs.

I couldn’t have been more pleased with Krysten’s conditioning come show day. The judges apparently agreed with me because they awarded her with a first place finish in open class C, beating out 23 other competitors. Watch the top 5 finals round below:

This is not to say that scale weight is unimportant or that you should do away with it altogether. I believe that triumphantly proclaiming that we should all toss our scales into the garbage in an act of solidarity is actually incredibly irresponsible and is an attempt to shirk the larger issue at hand, which is an unhealthy relationship with the scale.

While it can be useful to have a general idea of where you think you might end up in terms of bodyweight, it’s important to be flexible to having that number change.

One last thing to keep in mind is that sometimes you don’t quite get to where you want to be aesthetically in just one round of fat loss. Take me for instance. When I first started lifting weights in January 2008, I thought I’d be able to look like a figure competitor in just six short months of hard work. Lo and behold, it’s now over eight years later and I’m an all-natural bikini pro. Haha!

You may need more shoulders, lats, and/or glutes to obtain a certain look. Simply shedding body fat is not going to help you in this endeavor. Be patient. Building muscle is a painstakingly slow process, and it oftentimes takes years of proper nutrition (namely, sufficient calories and a high protein intake) and consistent strength training with an emphasis on progressive overload.

Focus on the process, not on the outcome. Nutrition program, training program, sleep, stress, hydration – these are all things that are well within your control. But how the scale will respond according to your behaviors? You only get so much say in that.

Keep the goal the goal. 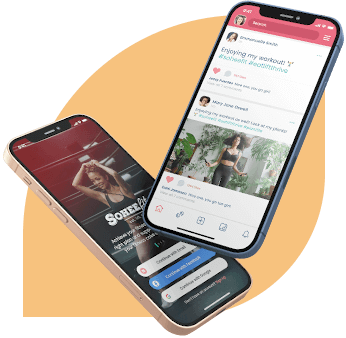